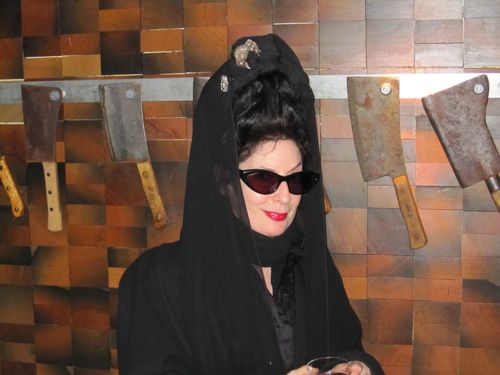 Above: Diane at the SCOPE cocktail at Quality Meats

I have to apologize…last week my life was like a telenovela and because my mind was in a haze, I forgot about these photos I took during Diane's brief visit to New York. (Diane posted the ones I took of her and Kelly Cutrone on MTV). We attended a cocktail for SCOPE (which featured yummy appetizers such as slabs of rare meat and haute-couture corn dogs) hosted by People's Revolution. 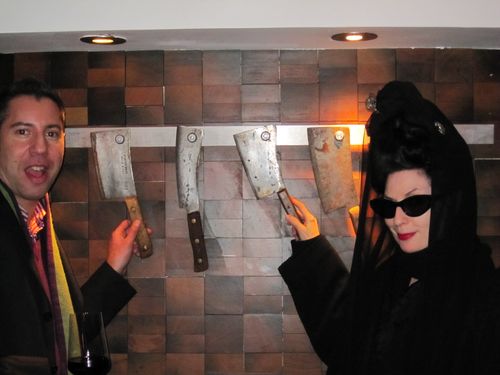 OFF WITH THEIR HEADS! Diane & I ready ourselves for our next victim.

At the cocktail, I was delighted to meet fellow Shaded View contributor Dustin Pittman. We chatted for a long time and of course he had the best stories about photographing Mick Jagger at a show in the early '70s and really that was just the tip of the Chanel iceberg. After the cocktail he took me to a party for Michael Musto…it was just like the old days again. 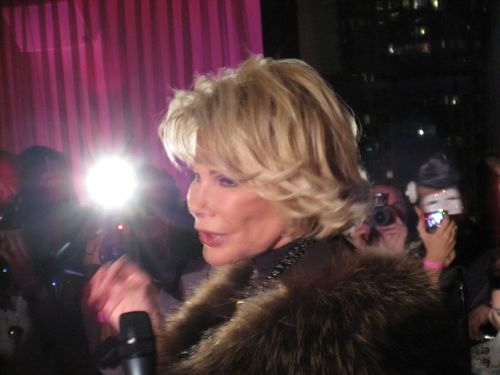 Joan Rivers hosted Michael Musto's 125th anniversary as a scribe at the Village Voice. By the way, did you hear about Joan's date dropping dead in front of her during dinner at Le Cirque recently? Seriously. She made a joke about how it was the first time he saw her in the light so it was too much of a shock for his heart. But really, having a date drop dead at Le Cirque? That is SO glamorous. I am jalouse. 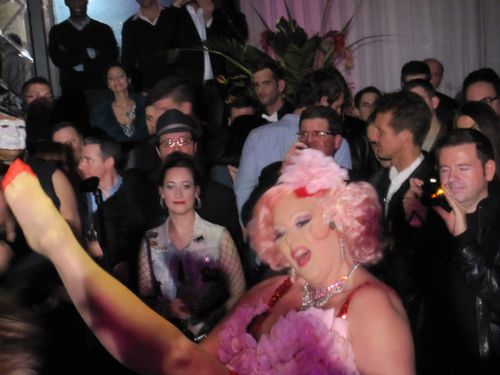 Dirty Martini came out to do a little dance to commemorate Musto's 225 years in the nightlife biz. At one point during the night I rested my champagne flute on what I thought was a nifty end table made out of faux-petrified wood. I later learned that it was Cindy Adams. 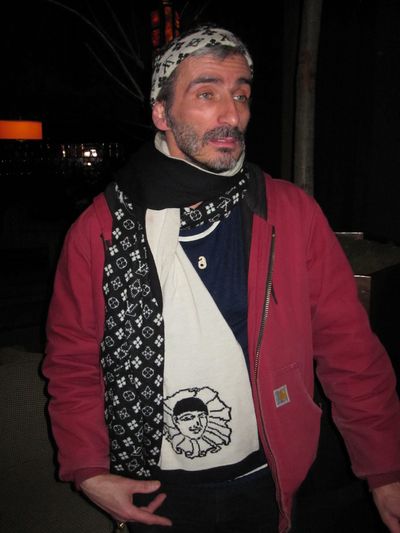 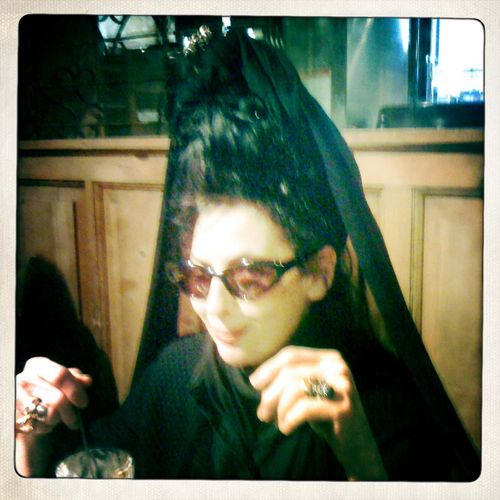 On Monday, I had breakfast with Diane at Pain Quotidien.