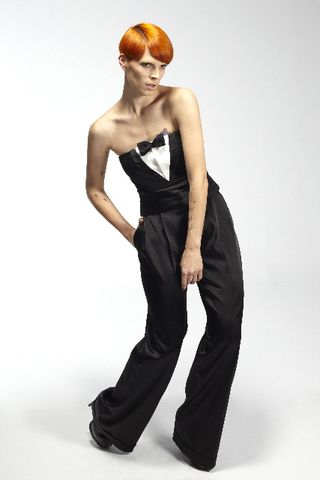 Last September I attended David Delfin's runway show at Cibeles Fashion Week in Madrid (in a mobile phone store where Delfin had designed the interior) and became instantly smitten with his minty-green hospital-like looks and the ginger-haired models (Delfin sported a firebomb-red 'do as well). That season, David also showed at New York Fashion Week and if you're a fan of the runaway-hit reality show KELL ON EARTH (and who isn't??) starring PR goddess & spiritual warrior Kelly Cutrone, then hopefully you didn't miss the segment on David's show. (And the hilarious moment when Kelly tried to fix up her gender-bending male assistant with one of David's male models. It didn't go so well. That's life in the big city!)

Today, the handsome Mr. Delfin premieres a 10-piece capsule collection to commemorate both his 10 years as Spain's enfant terrible designer and 10 years of yoox.com. Even if you're not in a shopping mood today (and really, if you're not, what the hell's wrong with you??) then stop by the site to check out David's intimate interview with one of my favorite ladies of all time, Rossy de Palma. (Brag alert: I had the pleasure of meeting the divine Ms. de Palma a few weeks ago while I was attending Valencia Fashion Week in Spain.) 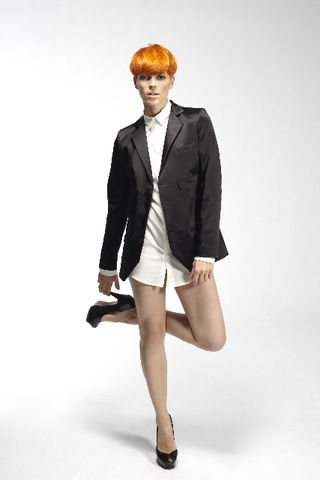 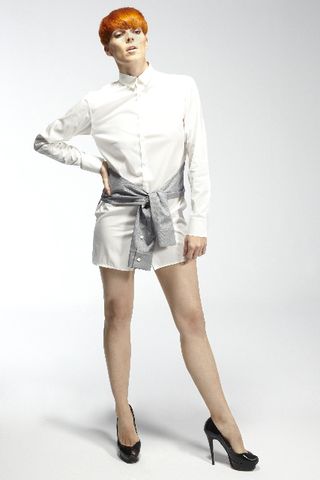